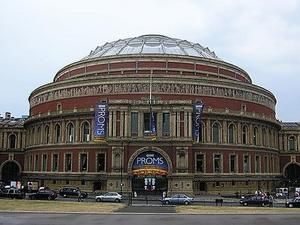 E.T. the Extra-terrestrial by Steven Spielberg

Last month we talked about  aliens and E.T.s. First, we answered the 7 questions of a very unusual poll and discovered that some of us may have been abducted by aliens even if they can't remember anything.

Then, we surfed the net to find more information about the 1947-Roswell incident. Yoann and Floriane  believe a UFO really crashed in Roswell.

Finally, we learnt a lot about the SETI institute which has spent millions of dollars looking for intelligent life in the universe in the last 4 decades.

We haven't watched the movie directed by Steven Spielberg yet but we might towards the end of the school year.
It is the story of a lonely 10-year-old boy, Elliott, and an alien who was accidentally left behind by his people and is trying to go back home to outer space.


Here is the trailer :


"He is afraid. He is totally alone. He is 3 million light years from home."

When was the film released ? How many Oscars did it win ?

The Corrs are the Pride of Ireland.

They are a traditional Irish pop-rock group whose music has Celtic roots.

The family band is made up of 4 siblings : 3 sisters, Andrea, Sharon, Caroline and 1 brother, Jim. They created their band 19 years ago, in 1990, in Dundalk, which is 50 miles to the north of Dublin.

The Corrs write their own songs. The originality of their music comes from the unique blend of traditional Irish music and modern pop-rock.

The Corrs were always a very musical family. Their parents were musicians and so their 4 children grew up surrounded by music of all kinds.
They have sold over 30 million albums worldwide.
If you've enjoyed the song which we listened to and studied in class, here is the video recorded on Saint Patrick's day at the Royal Albert Hall.

Andrea Corr is the lead singer but she sometimes plays a musical instrument.

What kind of musical instrument can she play ? (see Dreams, Only when I sleep or Haste to the wedding for a hint ).

Published by Mme LEBEAU - in Music
write a comment …

Here is a new picture with the same question again : What is it and where is it ?
Will you be up to this new challenge ?
Be the first to answer by clicking on "ajouter un commentaire".
Good luck ! That is the correct answer, Rémi (10B). It is the Giant's Causeway in Northern Ireland. Well done Rémi !

The Giant's Causeway is an area of about 40,000 interlocking basalt columns, the result of an ancient volcanic eruption. It is situated on the northeast coast of Ireland,


THE LEGEND OF FINN MC COOL

You're right, Manon, legend has it that the Irish warrior Finn McCool built the causeway to walk to Scotland to fight his Scottish enemy Benandonner.

The legend tells that Fionn fell asleep before he got to Scotland. When he did not arrive, the much larger Benandonner crossed the bridge looking for him. To protect Fionn, his wife Oonagh disguised him as a baby in a cot. Then she pretended that he was actually their baby son.

When Benandonner saw the size of the baby, he assumed the alleged father, Fionn, must be gigantic indeed.

That's why, Benandonner fled home in terror, ripping up the Causeway in case he was followed by Fionn.

Next pic will be on line on Tuesday !

Last October we worked on William WALLACE's life and watched Braveheart in class (thanks to Yoann, 10B,  who lent me his DVD for a week).

William Wallace was Scottish. He was born more than 7 centuries ago, in 1272 in Elderslie, Scotland. Wallace's father who died in 1291 when William was 19 years old, was killed by English soldiers.


Edward I, King of England, took control of Scotland in 1296. Wallace started resistance against the English in 1297. Wallace and his followers won the battle of Stirling in September 1297 and they invaded England during the winter.

Edward I returned to Scotland with a huge army and defeated Wallace at Falkirk in July 1298.


The film won 5 Academy awards in 1995, including Best Director and Best Picture.


Here is the Braveheart trailer. Enjoy...

The film was seen by millions of people around the world.

Do you know how much the film cost  and how much money  it made ?

In Canada, the United Kingdom, Ireland, and Australia,  pancakes are traditionally eaten on Shrove Tuesday, which is  "Pancake Day".

pancakes with strawberries and cream in Australia (wikipedia)

Shrove Tuesday is better known in the United States, France and other countries as "Mardi Gras" or "Fat Tuesday".

Charity or school events are often organized on Pancake Day. One popular event is " a pancake race" in which each participant carries a pancake in a frying pan. All runners must toss their pancakes as they run and catch them in the frying pan.

ishikawajet.wordpress.com
In the Catholic calendar, that's just before the 40 days of Lent so that the last of the fatty and rich foods could be used up.

Why not toss your pancake with your right hand and hold a coin in your left hand ? You'll be rich if you succeed!

Have you seen this picture before ?

If you know the answer, click on "add comment" to send it. Hurry up, the first one to come up with the right answer will be the winner.

Need some help ? Visit Mme Monin's blog, you will find a helpful clue... 
Well done Sonia (10C) ! Now can you, or anyone else, name the 4 people carved in the mountain (in the right order, of course) ? Don't forget to click on "Ajouter un commentaire" to send your answer.

Well done Juliana, is is the national memorial of 4 American Presidents : George Washington, Thomas Jefferson, Abraham Lincoln and Theodore Roosevelt.  Each head is about 60 feet high.

The construction of the memorial began in 1927. The rock was so hard that more than 90 % of the mountain was carved using dynamite ! The faces of the presidents were carved one after the other.

Mount Rushmore is one of the most visited monuments in the United States.


A special thank-you to Mme Monin and Juliana (10C) who both answered the question correctly. Congratulations !


Next picture will be posted on Tuesday.

Here are a few  tongue twisters  to practise your pronunciation: The rain in Spain stays mainly in the plains. (My Fair Lady)

The happy hamster has a hat.

Brian Brown buys brownies from the baker in Bridlington.

A tutor who tutors the flute tries to teach two tiny tots to toot.

Want some more ?  Here's a very good karaoke. Click on this link. Have fun !

And, by the way, what does tongue twister mean in French ?

Good job, Marius. It is "un virelangue" in French.

Published by Mme LEBEAU - in Tongue twisters
write a comment …

Here is a very good talk on the differences between  present perfect and  preterit.
The talk was given by Ornella who is a Year-10 pupil at Anne Frank's school.
Click on this link  to view the talk.

Published by Mme LEBEAU - in Grammar
write a comment …